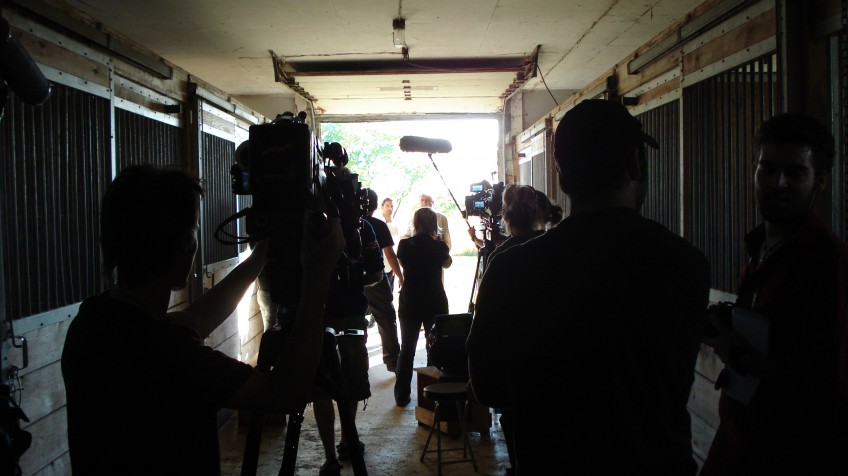 Make it short! is a documentary series that explores the creative world of young and upcoming script-writers and directors. Every week, Fais ça court! follows four young script-writers. The two director/script-writer pairs must produce a short two-minute fiction film, while respecting constraints established by the production team who only reveal the film location and the names of their two actors at the very last minute. At the end of each episode, viewers discover two films, two scripts, two styles of actor direction, two productions, and two styles of film editing with the same scenery and the same actors!

This format allows these young and talented creators to work with seasoned technicians and experienced actors in a dynamic and fun context. Guided by a host, viewers follow these young filmmakers as they reveal the power of their imaginations while facing a race against the clock to deliver the best possible film.

For more informations about the format: