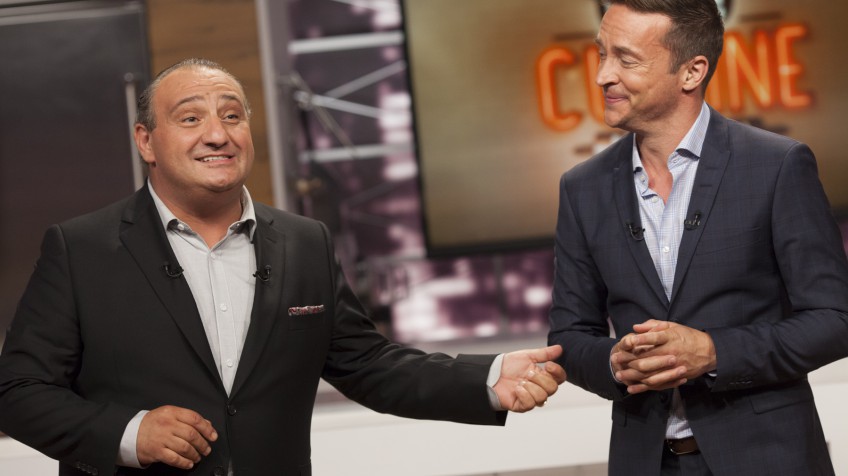 Ma mère cuisine mieux que la tienne debuted on V in September, a comedic culinary show hosted by Mario Tessier, a newcomer on V, in collaboration with Giovanni Apollo. In this Quebec version of the Spanish concept Mi madre cocina mejor que la tuya, already adapted in many countries, each of the 26 shows will feature two participants who will cook their mother’s signature recipe under her supervision, but with one important caveat: she cannot touch anything in the kitchen. The head judge will then be tasked with determining, based on the dishes presented, which mother is the better cook.